Enter the 'War of the Worlds'

The Book Covers
Sourced from the remarkable collection of H.G Wells 'War of the World' covers and ephemera, with items stretching back over 100 years http://drzeus.best.vwh.net/wotw/wotw.html 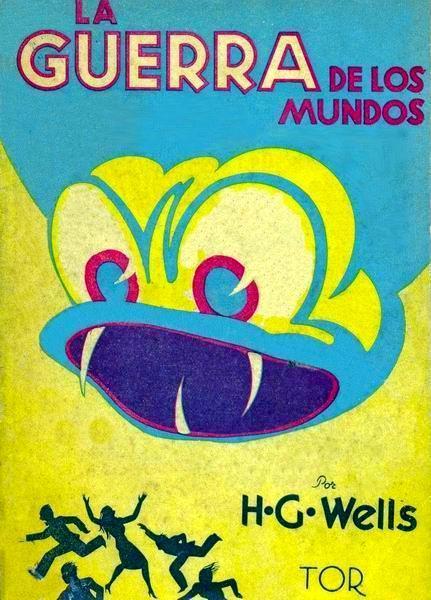 Also, check out this chart mapping the comparative use of cover subjects, namely Tripods, Planets, Words, Martians and reference to the 1953 movie, all used as graphical subjects in the covers. Tripods=Win. http://drzeus.best.vwh.net/wotw/graphics.html 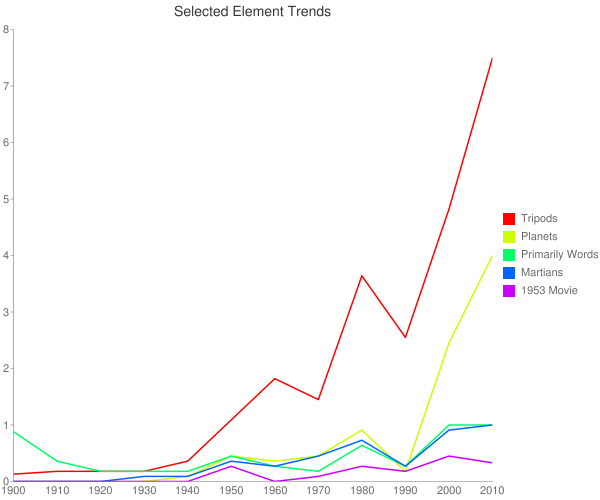 The Orson Welles Broadcast
Get a warm milky drink, close your curtains, then your eyes, and immersive yourself into the genuinely scary original 1938 radio broadcast of Orson Welles "War of the Worlds"...
Source: http://www.archive.org/details/OrsonWellesMrBruns

"The War of the Worlds was an episode of the American radio drama anthology series Mercury Theatre on the Air. It was performed as a Halloween episode of the series on October 30, 1938 and aired over the Columbia Broadcasting System radio network. Directed and narrated by Orson Welles, the episode was an adaptation of H. G. Wells' novel The War of the Worlds. The first two thirds of the 60-minute broadcast were presented as a series of simulated "news bulletins", which suggested to many listeners that an actual alien invasion by Martians was currently in progress. Compounding the issue was the fact that the Mercury Theatre on the Air was a 'sustaining show', meaning it ran without commercial breaks, thus adding to the program's quality of realism. Although there were sensationalist accounts in the press about a supposed panic in response to the broadcast, the precise extent of listener response has been debated. In the days following the adaptation, however, there was widespread outrage. The program's news-bulletin format was decried as cruelly deceptive by some newspapers and public figures, leading to an outcry against the perpetrators of the broadcast, but the episode secured Orson Welles' fame." Source: http://en.wikipedia.org/wiki/The_War_of_the_Worlds_(radio_drama)

A test reel by stop-motion guru Ray Harryhausen, created for a pitch to RKO in 1949. This footage is from the documentary, 'The Harryhausen Chronicles', on almost every Harryhausen DVD.