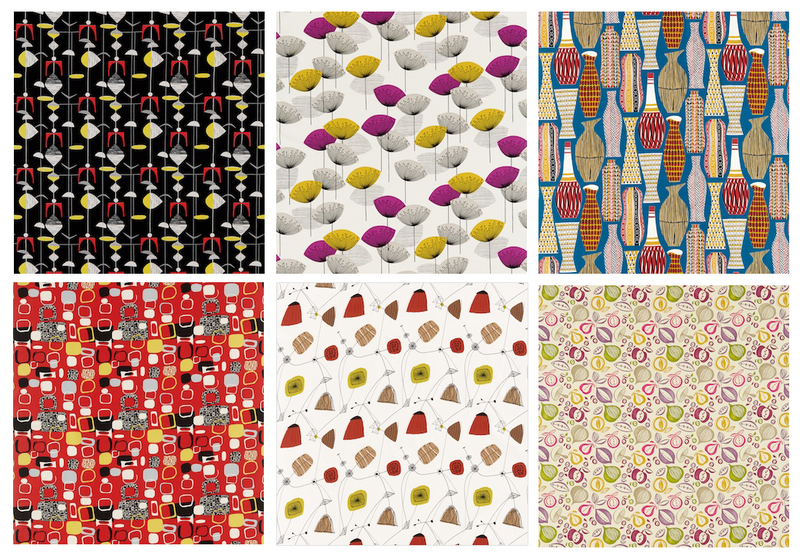 "This is a bold and iconic collection of prints and weaves that celebrate a decade of design which transformed the boundaries of interior decoration. The Sanderson 50’s collection combines original 1950’s designs from the Sanderson archive with designs from contemporary artists who have taken great inspiration from this era." http://www.sanderson-uk.com/50s-fabric.aspx

The Story of Eames Furniture: Marilyn Neuhart with John Neuhart
Exclusive video interview with Marilyn Neuhart, author of "The Story of Eames Furniture", and her husband John. Both have worked with the Eames Office in various capacities from the 1950s. Having been in close proximity to Charles and Ray Eames as well as the members of the Eames Office and their patron manufacturers for almost 30 years, the Neuharts had the extraordinary opportunity to absorb their stories.

Powers of Ten
Powers of Ten takes us on an adventure in magnitudes. Starting at a picnic by the lakeside in Chicago, this famous film transports us to the outer edges of the universe. Every ten seconds we view the starting point from ten times farther out until our own galaxy is visible only as a speck of light among many others. Returning to Earth with breathtaking speed, we move inward - into the hand of the sleeping picnicker - with ten times more magnification every ten seconds. Our journey ends inside a proton of a carbon atom within a DNA molecule in a white blood cell. POWERS OF TEN © 1977 EAMES OFFICE LLC (www.eamesoffice.com)

A Gathering of Elephants
Animated movie starring the molded plywood elephants of Charles and Ray Eames. Part of the Eames Office (www.eamesoffice.com) celebration of the Charles Eames centennial - also it is just alot of fun. Director Eames Demetrios' contribution to the family festivities, featuring the elephants being manufactured by the Vitra Design Museum (www.vitra.com). To learn about the making of this movie and the elephants (or get it in iPod friendly form), go to http://www.dasfilmfest.com/?id=135. 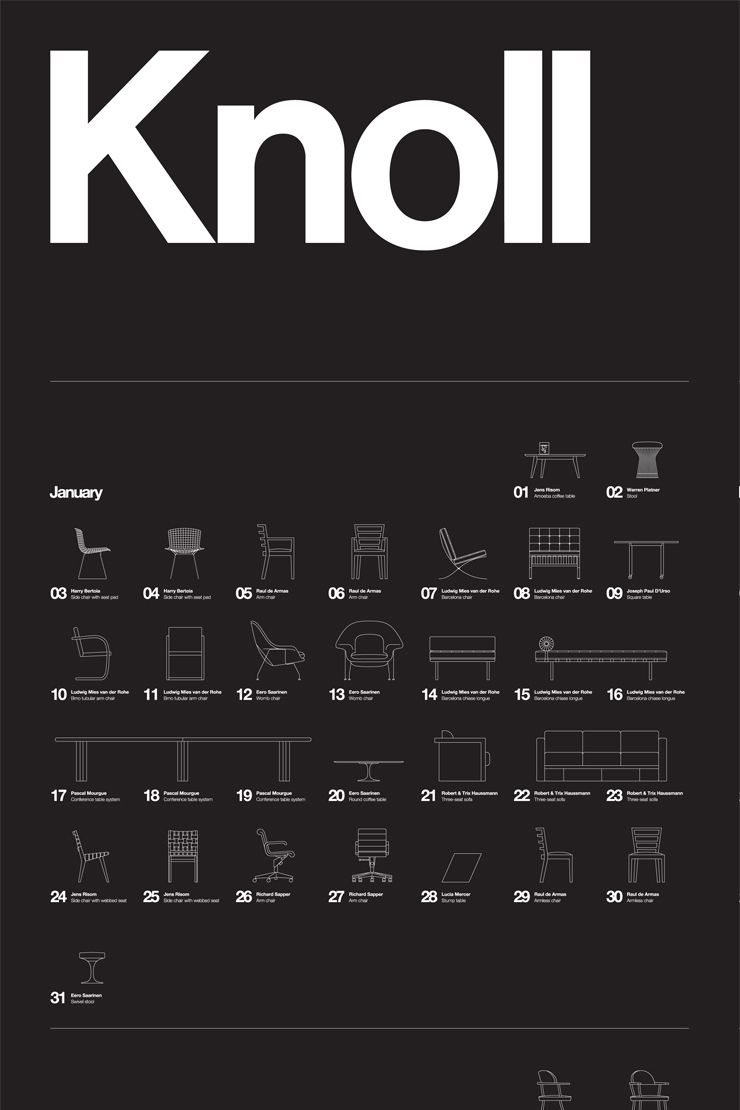 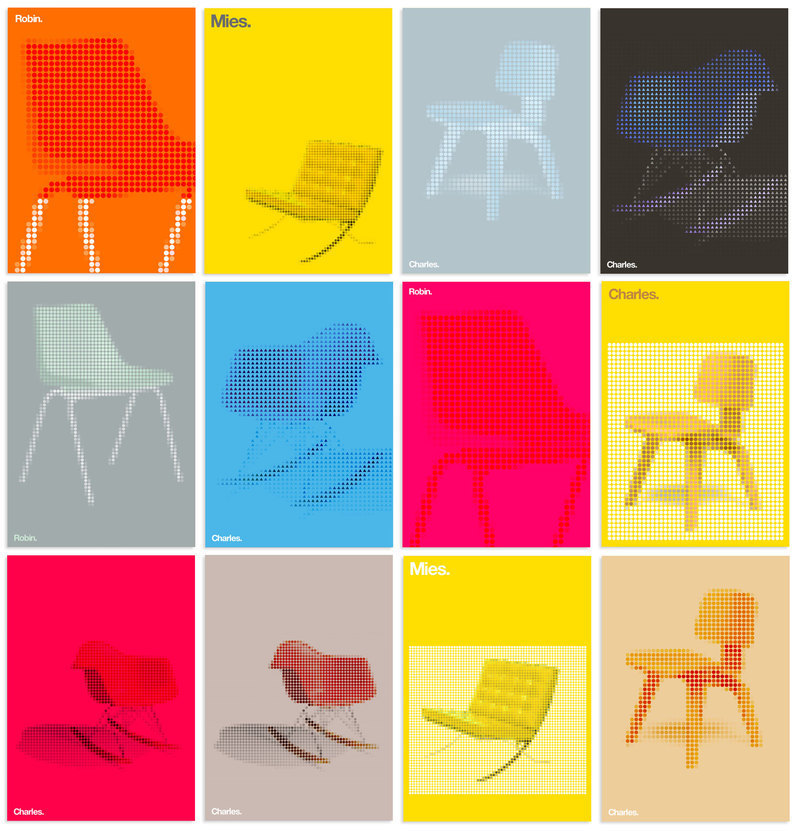 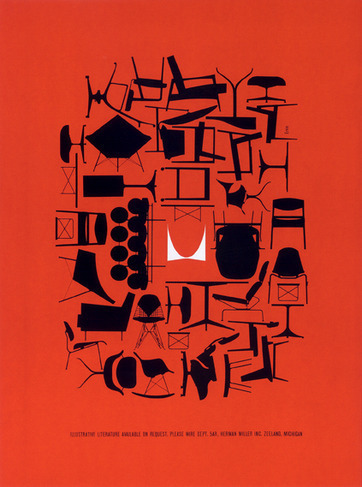 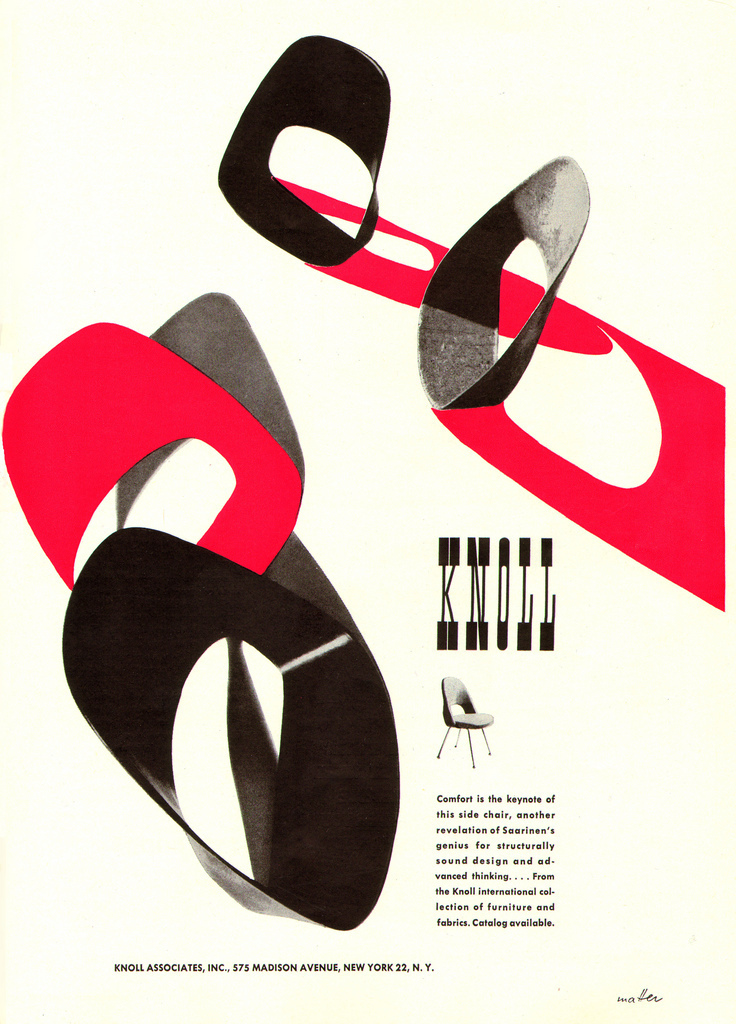 A new furniture line called FlexibleLove, depending on the size, eight to sixteen people can sit. The furniture is made of a honeycomb resistant cardboard. Available in France, Germany, Italy, Spain, Portugal, Taiwan and UK - http://www.flexiblelove.com/ 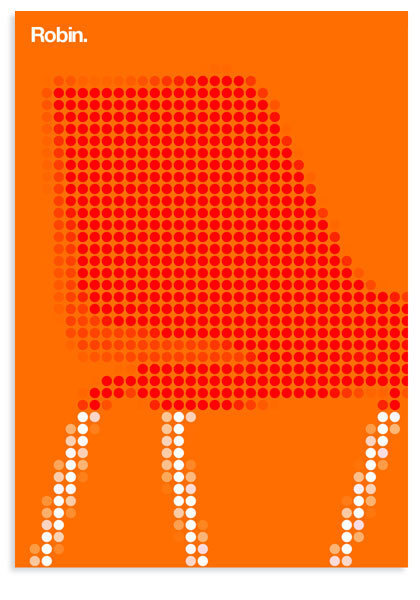 This poster set is a graphic homage to a selection of classic modernist chairs designed by Mies Van Der Rohe, Robin Day and Eames - by Kathy Kavan, 2010. See set on Flickr here: http://www.flickr.com/photos/kathykavan/sets/72157624060387405/ 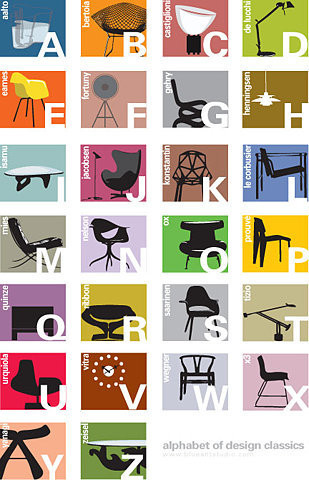 A is for Aalto, B is for Bertola...you are never too young to appreciate a tasty bit 'o' design! Buy it here http://www.blueartstudio.blogspot.com/ (there's other good work for sale here too) 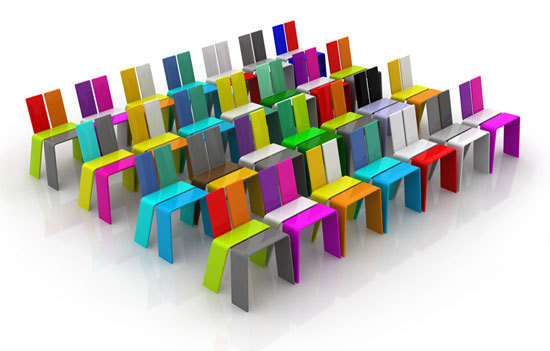 Dear Santa, please could I have a room full of these for Christmas...promise I'll never ask for anything else again.

They are the recently designed 'expo' chairs for the danish pavilion at shanghai, 2010. They are made from molded plywood & each chair has numerous color combinations to die for.