The artist Ai Weiwei was arrested by Chinese authorities on 3 April 2011 - currently there is no information on his whereabouts and the charges are unclear.

Ai Weiwei, A Conversation
Talk with Ai Weiwei (before his arrest) where he is questioned by an audience member on why he thinks he hasn't been arrested yet...

Ai Weiwei: Sunflower seeds
Here's the video which is being shown at the Tate Modern to accompany the sunflower seeds exhibit in the Turbine Hall - is well worth watching it all, the story of how the seeds were made is epic, with each seed being hand-fired and hand-painted by the inhabitants of Jingdezhen, the 'porcelain capital' of Ai weiwei's native China."1600 people and more were involved in the project in the town...that means almost everybody knows someone who is making Sunflower seeds." Ai Weiwei

Photos from The Guardian In Pictures article
http://www.guardian.co.uk/artanddesign/gallery/2010/oct/11/aiwewei-sunflower-... 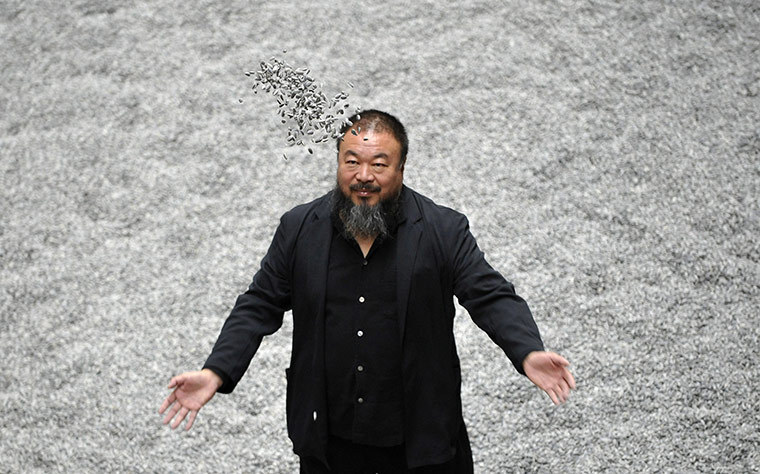