The Illusion of life by Cento Lodigiani, great illustration inspired by the 12 basic principles of animation developed by the 'old men' of Walt Disney Studios, amongst them Frank Thomas and Ollie Johnston, during the 1930s. Also see animated gifs here

Amazing 8-bit Ghibli by Richard J. Evans from Birmingham, thanks to @leonzeon for sharing 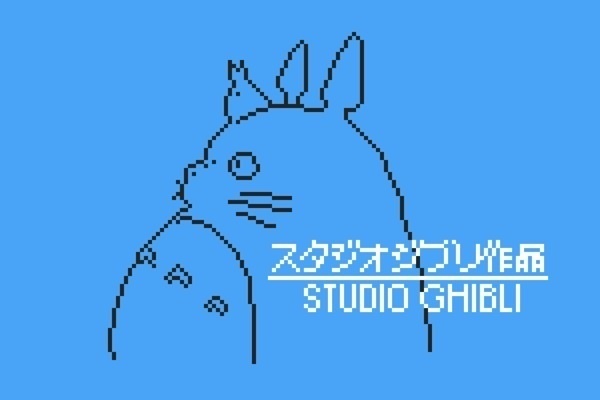 I loved this animation as a kid, it's still great now...

The Dot and the Line: A Romance in Lower Mathematics is a book written and illustrated by Norton Juster, first published by Random House in 1963. The story was inspired by Flatland: A Romance of Many Dimensions, in which the protagonist visits a one-dimensional universe called Lineland, where women are dots and men are lines.

In 1965, famed animator Chuck Jones and the MGM Animation/Visual Arts studio adapted The Dot and the Line into a 10-minute animated short film for Metro-Goldwyn-Mayer, narrated by Robert Morley. The Dot and the Line won the 1965 Academy Award for Animated Short Film. It was entered into the Short Film Palme d'Or competition at the 1966 Cannes Film Festival. (Source: Wikipedia) 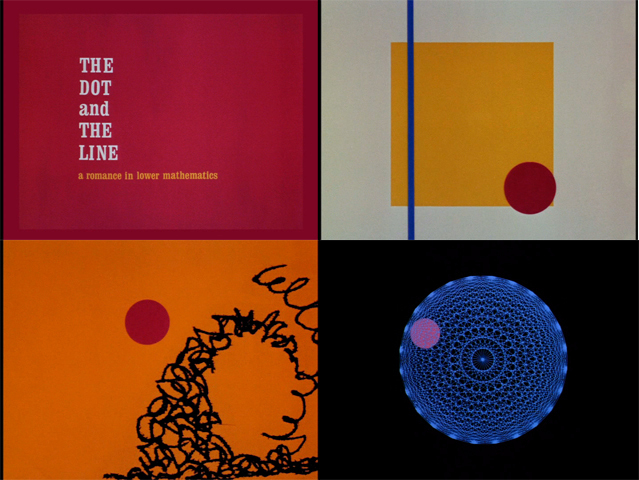 I just love the delicious artwork of the Sugar Rush game in Wreck-It Ralph... 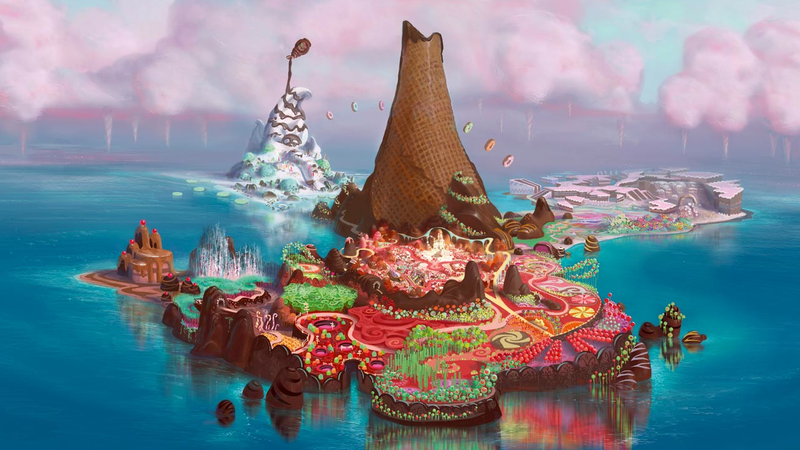 Here is a pick of some of the best animations (in chronological order) on view at the 'Watch Me Move' animation show at the Barbican http://www.barbican.org.uk/artgallery/event-detail.asp?ID=11989 - take a peek at what's on offer before you go, or if you can't make it then sample some of the highlights here...oh, and here's a good review of the exhibition by The Independant's Jennie Gilbert http://www.independent.co.uk/arts-entertainment/art/reviews/watch-me-move-the...

"The film largely consists of a stick figure moving about and encountering all manner of morphing objects, such as a wine bottle that transforms into a flower. There were also sections of live action where the animator’s hands would enter the scene. The main character is drawn by the artist's hand on camera, and the main characters are a clown and a gentleman. The film, in all of its wild transformations, is a direct tribute to the by-then forgotten Incoherent movement. The title is a reference to the "fantasmograph", a mid-Nineteenth Century variant of the magic lantern that projected ghostly images that floated across the walls." From http://en.wikipedia.org/wiki/Fantasmagorie_(1908_film)

"Gertie the Dinosaur is a 1914 American animated short film by Winsor McCay. Although not the first animated film, as is sometimes thought, it was the first cartoon to feature a character with an appealing personality. The appearance of a true character distinguished it from earlier animated "trick films", such as those of Blackton and Cohl, and makes it the predecessor to later popular cartoons such as those by Walt Disney. The film was also the first to be created using keyframe animation. The film has been selected for preservation in the United States National Film Registry, and was named #6 of The 50 Greatest Cartoons of all time in a 1994 survey of animators and cartoon historians by Jerry Beck." From http://en.wikipedia.org/wiki/Gertie_the_Dinosaur

"The Skeleton Dance is a 1929 Silly Symphonies animated short subject produced and directed by Walt Disney and animated by Ub Iwerks. In the film, four human skeletons dance and make music around a spooky graveyard. It is the first entry in the Silly Symphonies series. In 1994, it was voted #18 of the 50 Greatest Cartoons of all time by members of the animation field." From http://en.wikipedia.org/wiki/The_Skeleton_Dance

"Lye’s first direct film, which combines popular Cuban dance music with hand-painted abstract designs, amazed cinema audiences. Color was still a novelty, and Lye’s direct painting on celluloid creates exceptionally vibrant effects. The film won several major awards, though some festivals had to invent a special category for it, and in Venice, the Fascists disrupted screenings because they saw the film as ‘degenerate’ modern art. A Colour Box was funded and distributed by John Grierson’s GPO Film Unit on the condition that Lye include postal messages at the end." From http://hcl.harvard.edu/hfa/films/2007novedec/lye.html

"Neighbours (French title: Voisins) is a 1952 anti-war film by Scottish-Canadian filmmaker Norman McLaren. Produced at the National Film Board of Canada in Montreal, the film uses the technique known as pixilation, an animation technique using live actors as stop-motion objects. McLaren created the soundtrack of the film by scratching the edge of the film, creating various blobs, lines, and triangles which the projector read as sound." From http://en.wikipedia.org/wiki/Neighbours_(film)

"Tango is a short film by Zbigniew Rybczynski. There is a static shot of a single room and over the 8-minute span of the film, 36 different characters enter the room at different times and perform a specific action. Each character never acknowledges the presence of the other characters. Tango won an Oscar for Best Animated Short Film in 1983." From http://www.onelargeprawn.co.za/2009/02/13/tango-by-zbigniew-rybczynski/ also http://www.zbigvision.com/Tango.html

"Luxo Jr. is the first film produced in 1986 by Pixar Animation Studios, following its establishment as an independent film studio. It is a computer-animated short film, demonstrating the kind of things the newly-established company was capable of producing. It was the first Pixar short to release within a Pixar film. It is the source of the small hopping desk lamp included in Pixar's corporate logo." From http://en.wikipedia.org/wiki/Luxo_Jr.>

"This is an engaging and refreshingly different use of animation techniques and is certainly an exception to the classically styled animation we are familiar with from mainstream cinema. It explores and expresses elements of this mental health issue. The film combines animation, live action and voiceover to communicate personal experiences of autism, especially in terms of sensory responses to the world and how the world looks and is experienced. The film also acknowledges the experiences of people with autism at school and outside. It alludes to the issue of feeling different and anxious when one has a mental health condition. Most importantly the film gives a composite impression of autism." http://www.bfi.org.uk/education/teaching/witm/recommended/autism.html also see http://www.screenonline.org.uk/film/id/1166359/

"A selection of 1950s educational stickers, discovered in a provincial junkshop twenty years ago, provide the ingredients for this adult fairytale.  Once, they were new, delivering a simple message to those also young. Like us, however, they have grown older and now present a more complex meaning.  Rabbit tells a tale of lost innocence, greed and the random justice of nature. When a boy and girl find an idol in the stomach of a rabbit, its magical abilities lead to riches, but for how long?" http://www.animateonline.org/films/rabbit/all.html